Date :
14 Oct. 2022
Changed on 17/10/2022
Together with its collaborators, researchers, universities, authorities and other strategic partners, the digital science research center foregrounded a decade of achievements and advances in its research areas, which have had a direct impact on the country. "We hope to continue to be main players of the R+D ecosystem for at least another 10 years", said the CEO of Inria Chile, Nayat Sánchez-Pi. 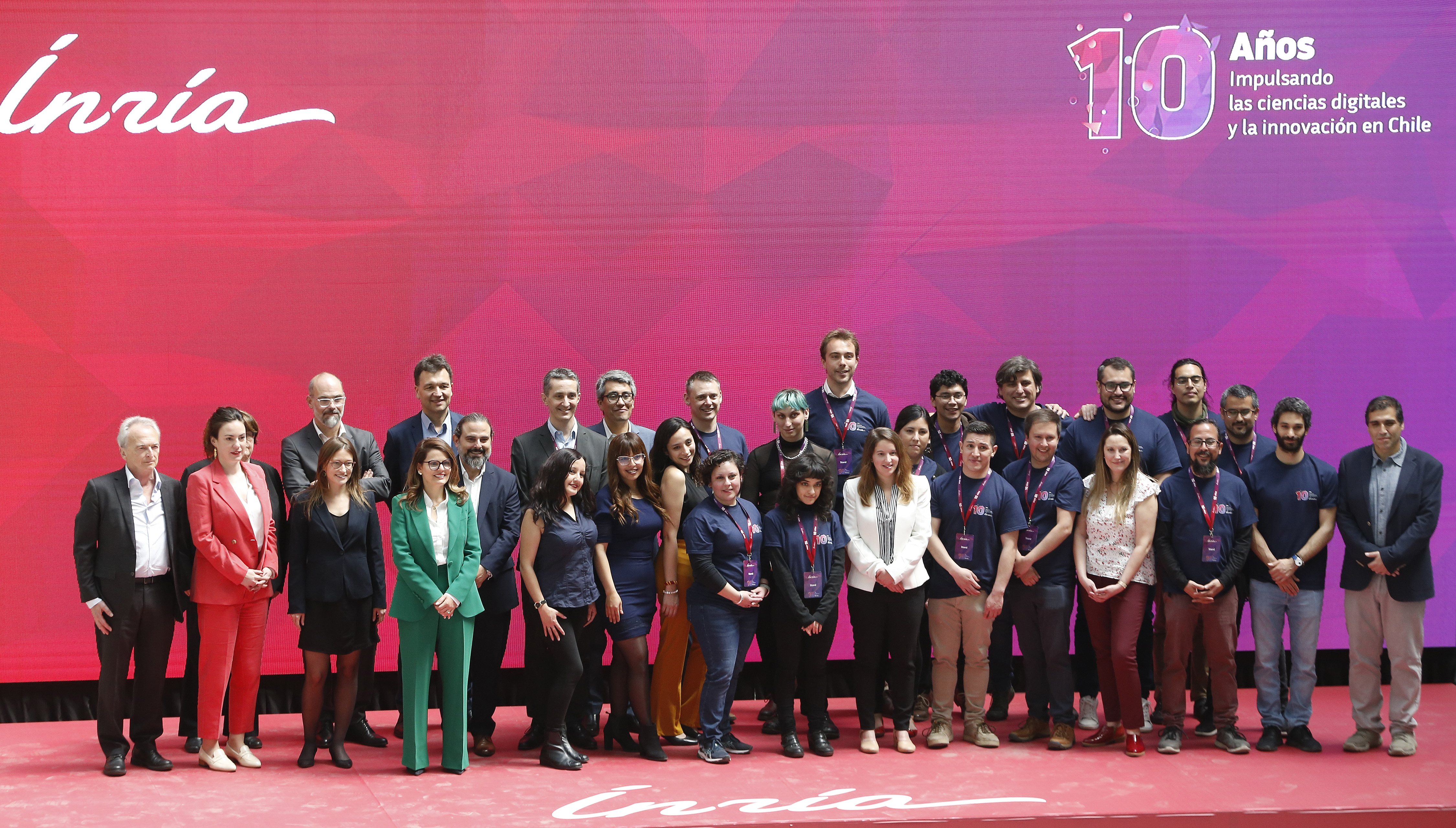 Today, at the Centro Cultural La Moneda –in downtown Santiago–, Inria Chile celebrated its first decade in the country, with nearly 200 attendees, including representatives of the universities with which it has worked, members of the industry and strategic partners throughout these years. The ceremony was headed by the CEO of Inria Chile, Nayat Sánchez-Pi, the Deputy CEO for Science of Inria, Jean-Frédéric Gerbeau, and Deputy CEO for Innovation of Inria, François Cuny. In addition, representatives of the Chilean Government were part of the event: the Executive Vice President of CORFO, José Miguel Benavente, and the Minister and Undersecretary of the Science, Knowledge, Technology and Innovation Ministry, Silvia Díaz and Carolina Gaínza, who delivered their words telematicly.

The ceremony included a keynote address by the Deputy CEO for Science of Inria, Jean-Frédéric Gerbeau; the launch of a book of the 10 years of the organization in Chile and of 4 of Inria's white papers in Spanish, and the conversation panel, "Future challenges of digital sciences & technologies". The event also had 10 stands with demonstrations of the most outstanding technologies that have been developed by the center in Chile.

The history of Inria in Chile began in 2012, when it arrived in Santiago through the Centers of International Excellence for Competitiveness Attraction program, which since 2021 became part of the National Research and Development Agency (ANID).

On behalf of the Chilean Government, the Executive Vice President of CORFO, José Miguel Benavente, congratulated Inria Chile and pointed out the government's commitment to maintain this relationship: “Having the capacities that have been developed, particularly in an institution like Inria, is tremendously important to be able to request, in the strictest sense of the word, the availability of those resources with the support of public financing to carry out an agenda based on deliver concrete solutions for those missions and challenges that we have as Chileans”.

Likewise, the head of the Science Ministry, Silvia Díaz, indicated that the institute “has been fundamental in what we, as a ministry propose, to promote Chile as a great booster in matters of science, technology, knowledge and innovation. We are very happy that they have settled in our country and have achieved such fruitful cooperation”.

The CEO of Inria in France, Bruno Sportisse, also sent words to the Chilean center: “I want to confirm Inria's willingness to support the development of Inria Chile, to maintain its ability to implement high-level projects in our areas [...] I also believe, and I am convinced, that this has to mean that we have to build new ways of associating with our Chilean partners through Inria Chile. I'm very excited about that."

The numbers of the center in the R+D ecosystem during this decade speak for themselves: more than 190 national, regional and Franco-Chilean R+D projects, a network of 650 national and international collaborating researchers, more than 200 thesis students and interns and more than 90 national startups that have been supported by the entity.

The mission of Inria Chile, since the beginning, has been to insert itself into the ecosystem with the commitment to carry out research of excellence, and high-impact innovation, for which it works collaboratively with the main universities and research and innovation centers in the country, with 24 agreements in place, and 668 people trained at Inria Academy, seeking to contribute to the strengthening of international scientific-technological cooperation and the transfer of knowledge by forming advanced human capital.

In this regard, the CEO of Inria Chile, Nayat Sánchez-Pi, pointed out that “we hope to continue to be main players of the R+D ecosystem for at least another 10 years. What moves us is to contribute to the development of the entire society, making production processes more efficient, reducing the impact on the environment and making daily life more bearable. That is why we do science, and we are going to continue doing so”.

Inria Chile's research area are Artificial Intelligence, Internet of Things, Data Science, Interaction and Visualization, Modeling and Simulation, and Security and Confidentiality. Throughout these 10 years, many projects have been developed crosswise and have made possible to generate important results to solve high-impact problems in Latin America.

Many of them are linked to priority areas such as agriculture, mining, and astronomy, or to combating global challenges such as the recent Covid-19 pandemic, protecting the oceans and mitigating the effects of climate change.

For this reason, some of the most outstanding initiatives were presented at the celebration: 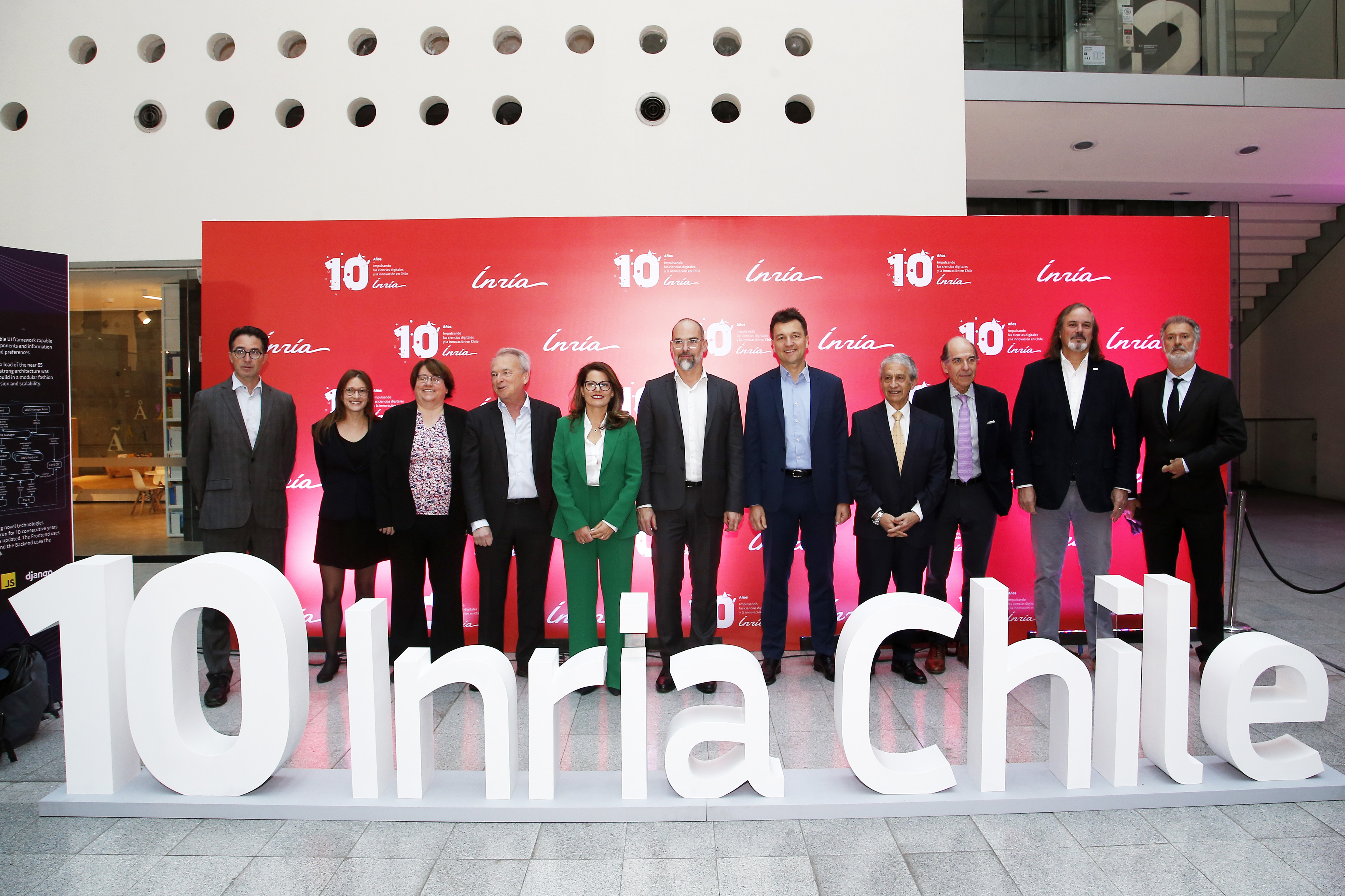 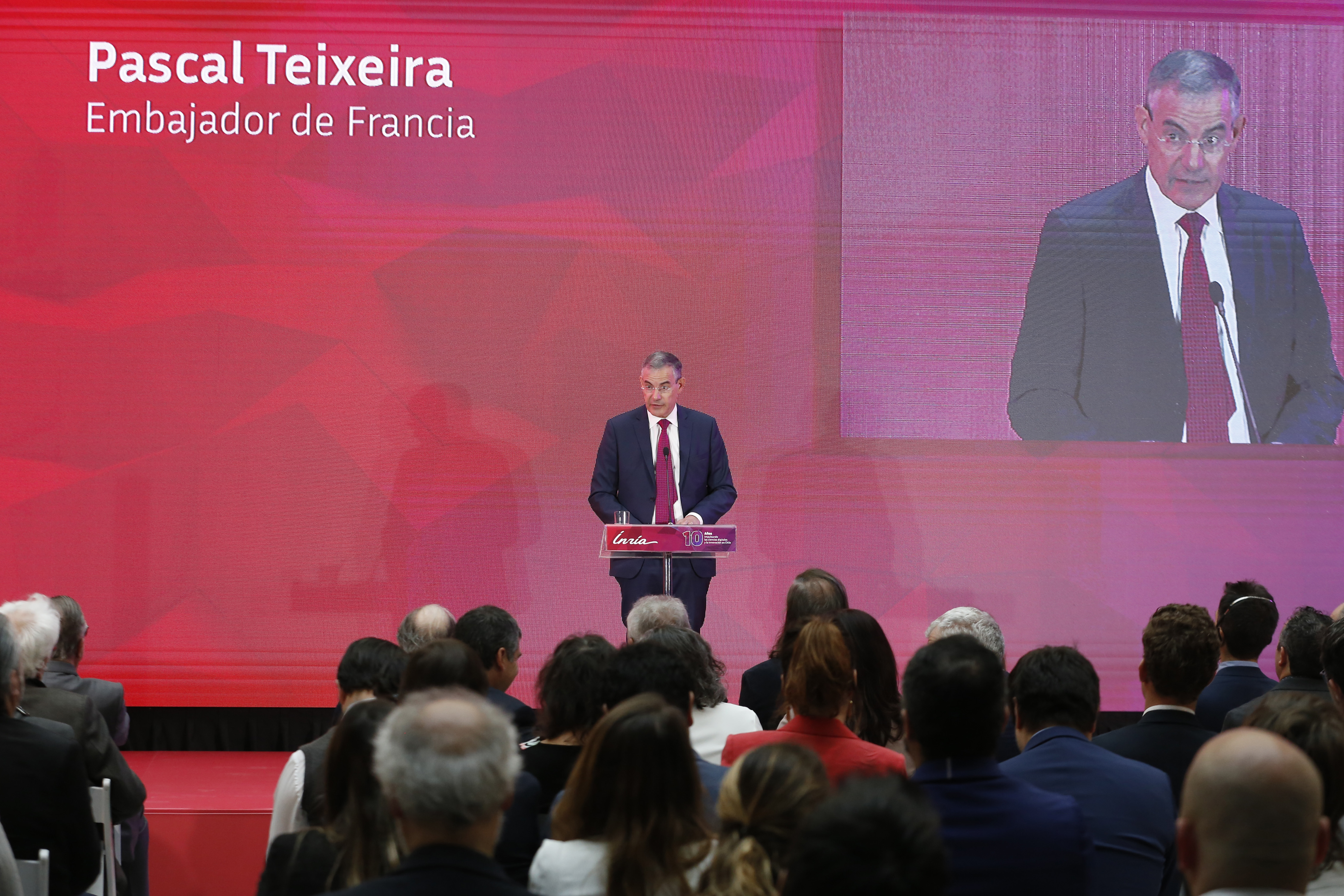 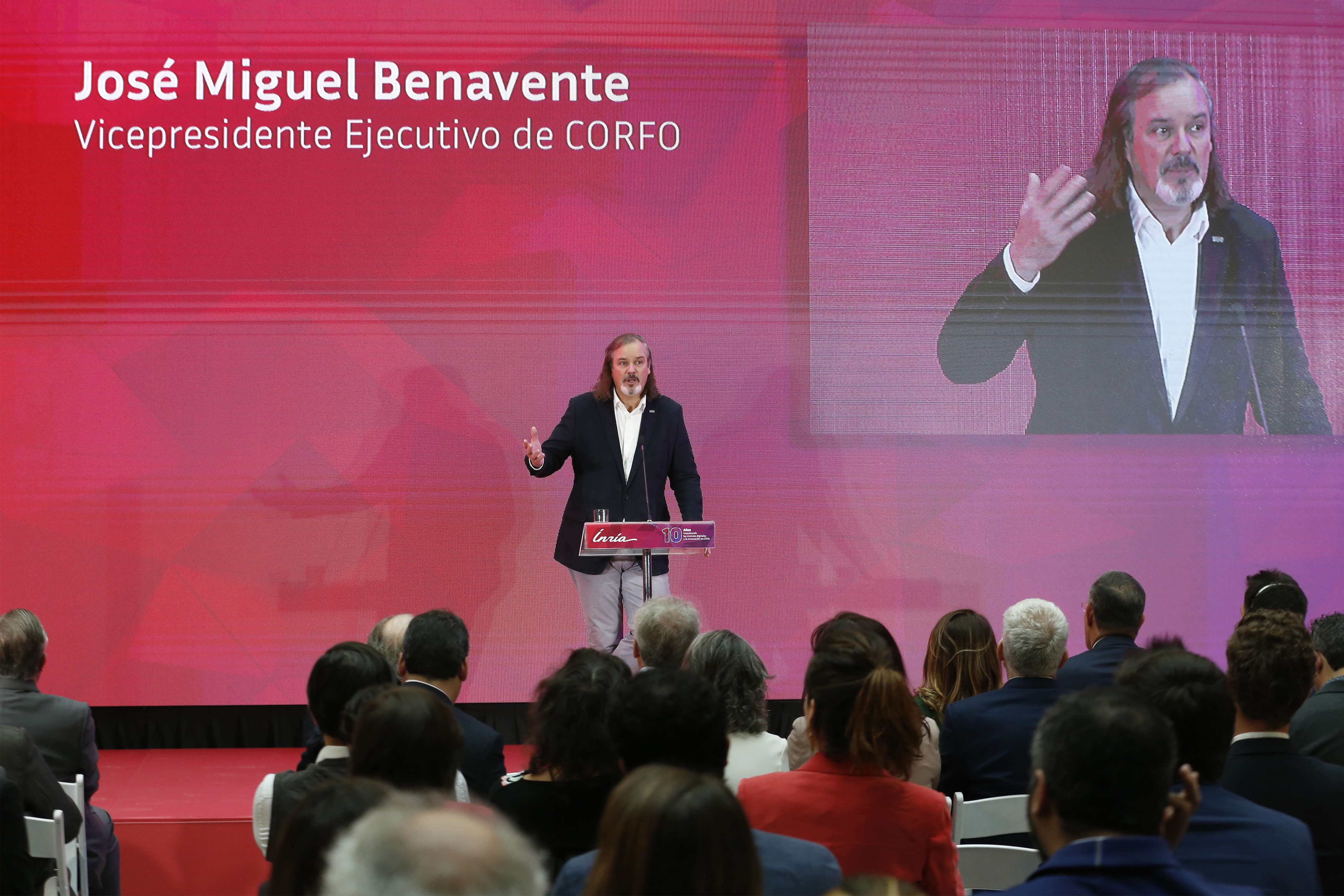 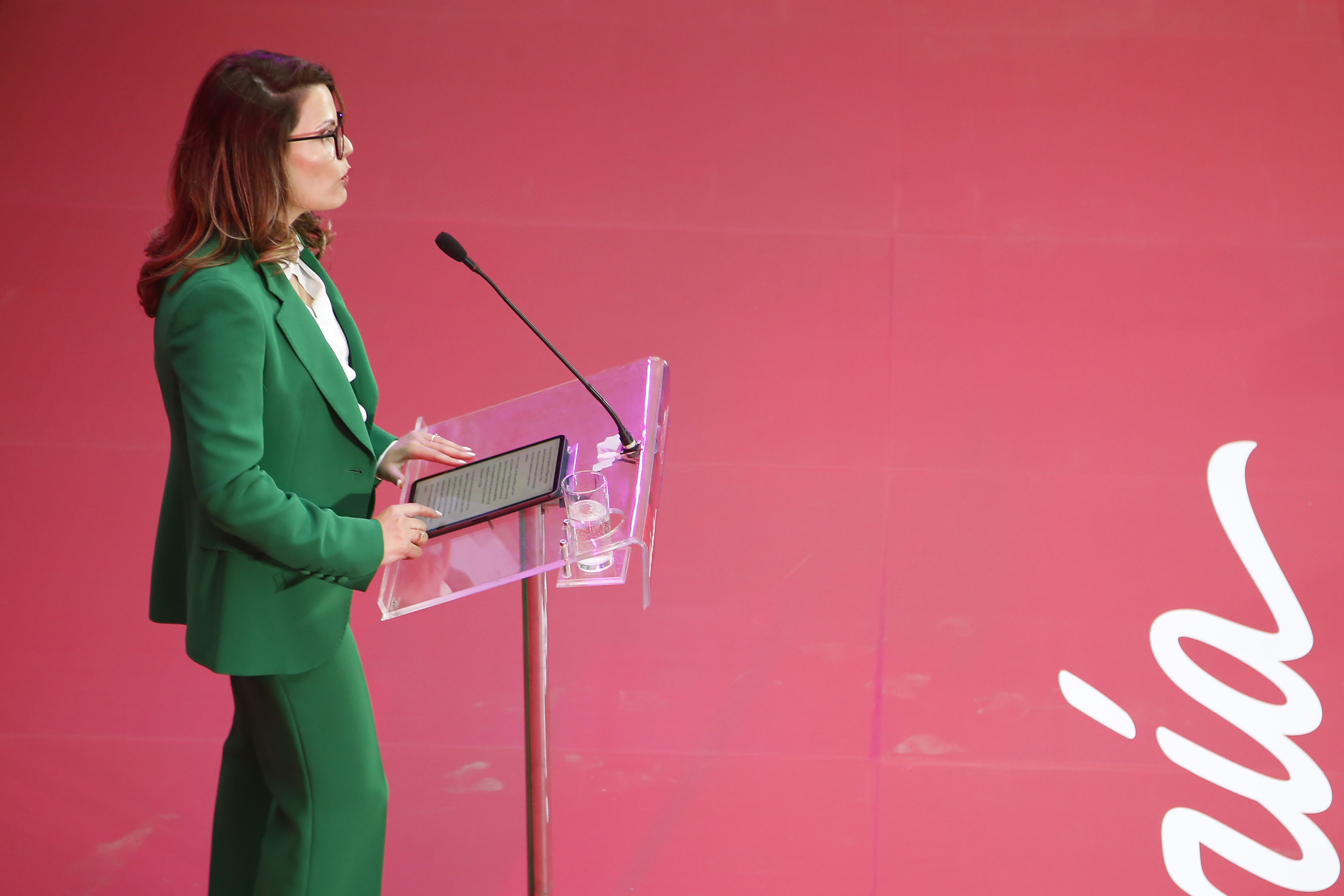 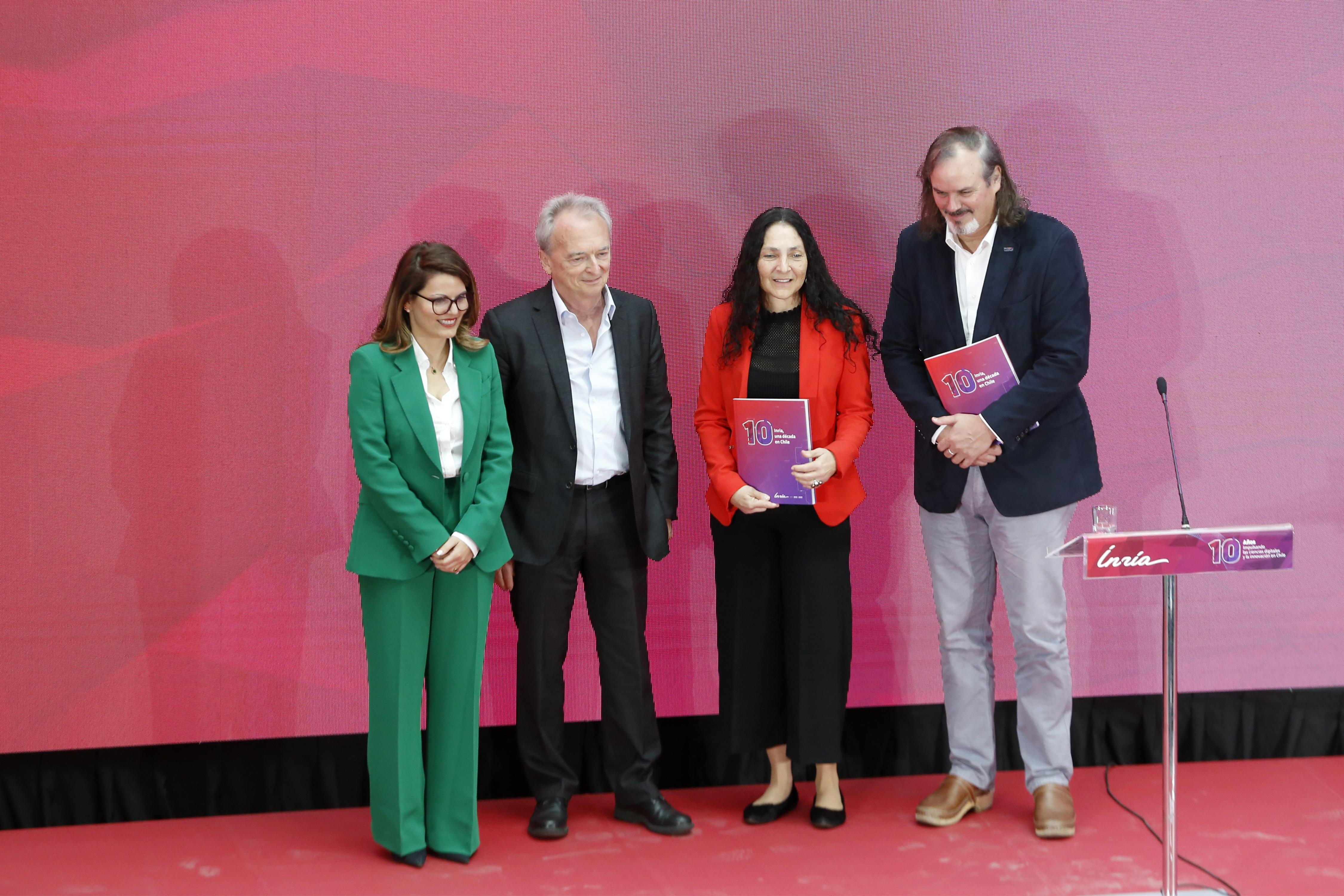 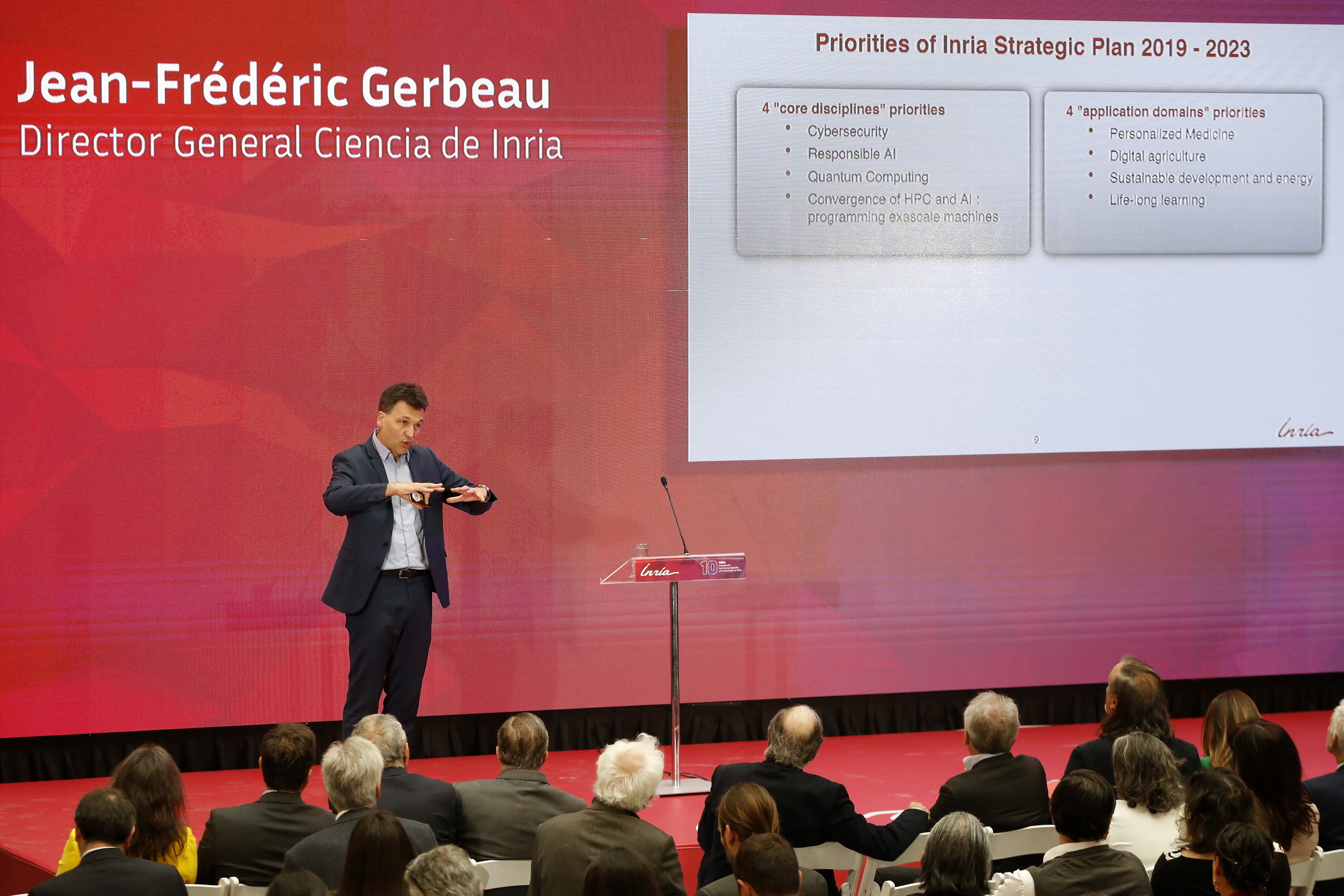 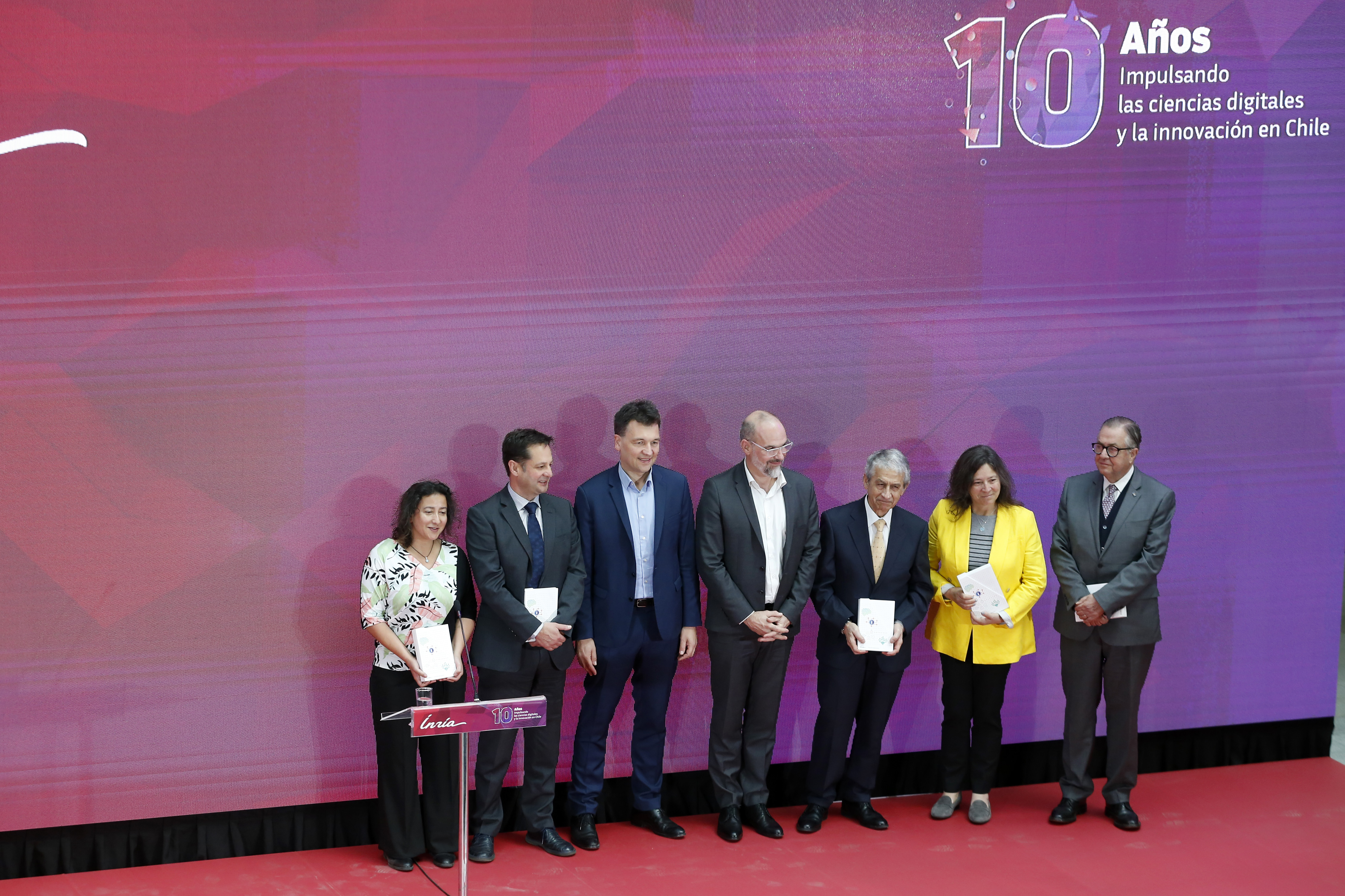 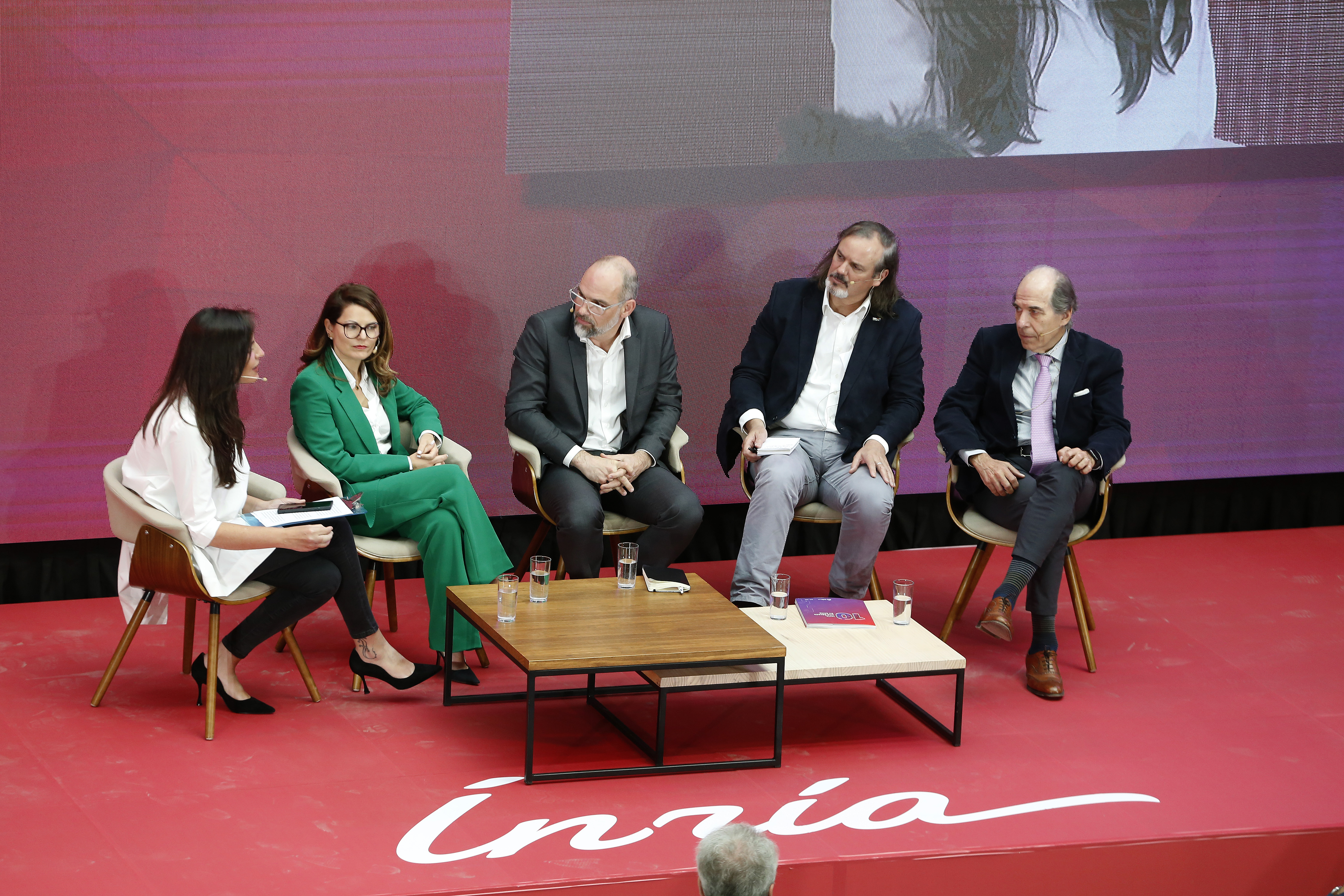